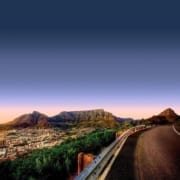 Cape Town has been voted the best city in the world six times in a row by the Telegraph Travel Readers. And it’s not hard to see why. Beautiful beaches, magnificent mountains, endless things to do, a buzzing cosmopolitan vibe… And that’s just mentioning the bare minimum!

But there is a little challenging factor to a holiday in the fairest of Capes, as Sir Francis Drake called it. The city was also given the name “the Cape of Storms” by Bartolomeo Dias. Depending on your holiday needs, the tumultuous weather can be a pro or a con.

The best way to describe the weather in Cape Town? Four seasons in one day. It can be high summer and you will need a jersey. The best way to approach the weather in Cape Town, is to be prepared for anything. Carry a light jersey with you, even in the summer months, because the wind can suddenly get very chilly. During winter and the other in-between seasons, layer up, so you can layer down if need be. Even during the icy wet winter, an almost-summer day can make a quick appearance.

With its location next to the ocean, the climate has a Mediterranean-feel to it. In the hot summer months, the temperatures can soar up to 35°C (95°F) and then you will wish the infamous wind will make an appearance. In the winter it can rain for days on end, with the temperatures dropping below 10°C (50°F). The wind is a constant companion of Capetonians. Mostly you will have a love/hate relationship with it. The Cape Doctor, the nickname of the South-Easter wind, blows during the spring months (August and September) to late summer (March and April). Some days it will be a gentle breeze ruffling your hair as you walk on the beach, breaking the extreme heat. Other days it will threaten to blow you off your feet. In Table Bay winds of up to 160km/h have been measured.

The wind also triggers the famous Table Cloth. It’s a mesmerizing weather phenomena, caused by the fluctuations in temperature surrounding the mountain. The False Bay air, full of warm moisture, is picked up by the wind and it’s pushed towards the eastern flank of Table Mountain. It’s lifted up against the Table Mountain slopes. Then all of a sudden it drops down and the clouds disappear into thin air.

The balmy summer months end and start the year, from December to mid-March. It’s the perfect end or start to your year! Another great aspect of Cape Town summers, is the fact that the sun sets around 8 o’clock. Morning temperatures range at about 15°C (59°F) and can reach 35°C (95°F) middle day in high summer.

If you are a big fan of lounging on the beach, summer months are the best time to visit Cape Town. With the prospect of the wind joining you on your holiday, it’s also a great time to indulge in fun water sports such as kite or wind surfing. Another activity complemented by the wind, is paragliding. Slowly hovering over the city from Lion’s Head or Signal Hill (or even Table Mountain) will be an unforgettable experience.

But beware, you will not be the only one thinking it’s a good idea to head to the beach on a beautiful summer’s day. Especially during December you will also have the local South African tourists to contend with. All of a sudden you will notice that half the cars on the road have GP number plates! We’ll give you the inside scoop, head over to one of the best secret beaches in the Cape to avoid the crowds.

Accommodation and flight prices are pushed up during the peak summer period. If you’re schedule is flexible, rather plan a trip in late-November or mid-March to soak up the African sun without being squashed on the beach and paying exorbitant prices.

Related: 5 Off The Beaten Track Festivals

Autumn and Spring in Cape Town

The in-between seasons can be the best time to visit Cape Town. During these months the weather is less extreme, and the city is not as crowded as during peak season. You can score great accommodation and flight deals if you plan ahead. Just keep an eye on the Easter weekend dates, prices are pushed up for this popular holiday break.

From late-March the mornings become chillier, and slowly the sun starts rising later in the morning, and setting earlier at night. During the day temperatures range in the early 20’s (68°F) and in the afternoon it will start dropping lower again.

Spring arrives from the end of August, with the sun rising around 07:00 in the morning and setting at 18:30. Daytime temperatures start climbing into the higher 20’s (68°F). But mornings and evenings are still chilly. Read our post Where to See the Wildflowers in the Cape for a truly magical experience which transforms the landscape every year.

With the extreme summer heat subdued, both autumn and spring are great seasons to explore the outdoors in the middle of the day, instead of worrying about the potent summer midday sun. Cape Town is an outdoor fanatic’s paradise, with almost-endless hiking and mountain bike trails. Read our post Top 5 Hiking Routes up Table Mountain.

Some would argue that winter is the best time to visit Cape Town, but it all depends on what kind of holiday experience you are looking for. Winter is whale-watching season, read our post 5 of the Best Ways to See Whales around Cape Town to plan your holiday around these fascinating gentle giants of the ocean.

The winter period is from late-June to mid-September. Morning temperatures can drop below 10°C (50°F) and will hover in the teens throughout the day. Along with the chilly weather, long stints of rain ascend on the city. All of a sudden the tip of Africa will be transformed into a London-like atmosphere, with soft drizzle falling relentlessly for days on end.

If you are sensitive to long periods of overcast weather, you might want to rather plan your trip at the beginning or end of winter to avoid the gloominess. Even though the outdoor activities mostly come to a halt, you can still indulge in the indoor fun. Read our post about 10 Restaurants with Fireplaces in Cape Town to counter the chill. Another great indoor activity for the winter months, is exploring the Iziko Museum Mile. You’ll be kept busy for hours hopping from one heritage museum to the next. These include the Bo-Kaap museum, Planetarium, Rust en Vreugd, Slave Lodge, South African Museum, South African National Gallery, and the William Fehr Collection at The Castle of Good Hope. End off your exploration at one of the Harrington Street Restaurants and Cafés.

Cape Town! Tag someone who loves this city as much as you do! 📷 by @tea_for_taryn Tag us in your #CapeTown photos/videos and use #secretcapetown

How much are flights to Cape Town?

A lot of people will tell you this is the best time to visit Cape Town to experience the ultimate summer holiday. But because it’s so popular, it’s very busy and very pricey. Flight tickets can be pushed up by as much as 50% from mid-December to January. If you do want to visit the Mother City during the epic height of summer, you will have to book your accommodation and flights at least three months ahead.

Shoulder Seasons (March to May; September to November)

Planning your visit a little bit away from the peak season can be the best time to visit Cape Town if you want to still experience the summer fun, but not have excessive travel costs. You can save up to 30% when travelling in this gap period. People might tell you it’s not the best time to visit Cape Town. And you will save up to 40% because of this believe. But because of the winter rain, the Western Cape transforms into lush green rolling hills.

So What Is The Best Time To Visit Cape Town?

Well, according to us the best time to visit Cape Town, is every day of the year! Each season in the Mother City has its own special charm. From the balmy summer days, to the cold winter nights perfect for snuggling next to a fireplace. We hope that you find your favourite season in the Mother City and return every year to come and soak up the awesomeness! Remember to share your epic Instagram pics with us! Tag @secretcapetown or use #secretcapetown to be featured with our #guesswhere.

Jumping into the weekend like🤸⁠ ⁠ Photo by

@marrowbroth is the perfect meal during this cold

Beautiful views all around ☀️⁠ ⁠ Photo by

Comment with a 🐋 if you have spotted any whales

Our Top 10 Pictures of Lion’s Head
Scroll to top

What Is the Best Time to Visit Cape Town?
Accept settingsHide notification only