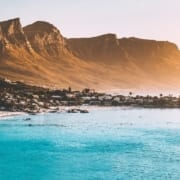 Cape Town has earned a spot on the global Instagram charts!

The Mother City does it again! Besides being voted the ‘Best City in the World’ by the Telegraph Travel Awards 7 years in the row, Big 7 Travel has released their coveted 2020 list of ‘Most Instagrammable Places in World’ – With Cape Town loudly and proudly claiming the number 15 spot. And we’re so here for it! But with a city as bold, beautiful and exciting as the Mother City, we certainly wouldn’t expect anything less. Cape Town was also the only South African location to make the list. Making it a pretty impressive achievement in itself.

There is no denying the major influence Instagram has had on travel trends around the world. The Mother City’s top Insta-worthy status has positioned Cape Town as one of the hottest bucket-list travel destinations for adventure seekers and avid travellers. Filled with unrivalled natural beauty, a thrilling sense of adventure, a vibrant energy, authentic culture, iconic landmarks and sought-after attractions, the Mother City quite literally has it all.

It thus comes as no surprise that Big 7 Travel describes Cape Town as “an Instagrammer’s dream location to visit, with endless natural beauty and clifftop views, pastel pink neighbourhoods and turquoise waters”. So, we would just like to say a massive congratulations to you Cape Town Instagrammers! Let’s keep up the cool Cape Town Instagram hype by continuing to share the Mother City’s magnificent natural beauty with the rest of the world. Pretty soon she’ll be taking over the travel destination Instagram throne and claim that coveted number 1 spot.

How is the winner chosen by Big 7 Travel?

Big 7 Travel is one of the world’s leading travel platforms. With a mission to provide current and curated global travel recommendations you can trust, Big 7 Travel’s comprehensive list of the ‘Most Instagrammable Places in the World’ in 2020 was compiled using a scoring system. This system analyses the number of hashtags used per location.  The votes include information from Big 7 Travel’s user surveys and votes cast by a panel of travel experts. Big 7 Travel also mentions that all the places included on this Instagram hotlist of sought-after locations, are the top travel destinations in the world where the best photos can be snapped. There’s no doubt that the Mother City is as photogenic as they come!

Other cities that made it onto Big 7 Travel’s 2020 list of Top 20 ‘Most Instagrammable Places in the World’ include Paris, France, Croatia, Egypt’s Cairo, Dubrovnik, Istanbul in Turkey and Cusco in Peru.

Here are some of Cape Town’s top Insta-worthy spots, sough-after attractions, iconic landmarks and natural wonders. All of which deserve a prime spot on your Mother City travel bucket-list. When you do decide to pay them a visit, don’t forget to snap away and add it to your Instagram feed. It’s bound to give you some major Instagram cool cred. Cape Town is the 15th most ‘Instagrammable’ travel destination in the world after all.

Known as the tall-standing giant of the Cape Town skyline as well as one of the New7Natural Wonders of the World, Table Mountain is undoubtedly one of the Mother City’s top attractions. And definitely one of the most Instagrammable spots in Cape Town too. Whether you choose to be on-top, below or somewhere in between, capturing that coveted Insta-worthy snapshot with Table Mountain is bound to earn you some major Instagram love. Not to mention the fact that you get to tick something epic off your Cape Town bucket-list. Regardless of whether you choose to take an Aerial Cableway ride to the top or embark on a thrilling Table Mountain hiking adventure to the summit, they are both equally exciting!

Of course the roaring Lion of the Mother City skyline deserves a prime spot on Cape Town’s Instagram hotlist. Not only is Lion’s Head one of the most beautiful and sought-after hiking trails in Cape Town. It’s also one of its very best sunset and sunrise spots. This has made embarking on a sunset, sunrise and even a moonlight hike up Lion’s Head one of the coolest things to do in Cape Town. You will be well rewarded with incredible scenic views of Table Mountain, the Atlantic Ocean and the glorious Mother City all throughout your hike up Lion’s Head. Not to mention the sensational view from the top! You’re bound to get some amazing Insta-worthy snapshots from the Lion’s Head summit, that’s for sure!

Known as one of the Western Cape’s most glorious natural wonders, Cape Point is the ultimate nature lover’s paradise. Not to mention the perfect Cape Town destination for adventurous souls, thrill seekers, avid hikers and those looking to experience the unrivalled natural beauty of the Mother City in the most exciting way. Located approximately 60km from the Cape Town city centre, a visit to Cape Point makes for the most incredible road-trip adventure.

One of the best things about Cape Point is that it offers visitors so much to do and see. Including a thrilling variety of nature walks, hiking trails, an abundance of wildlife, birdlife and marine life, secret beaches and tidal pools. Its also home to a wide variety of unique fauna and flora and sensational vantage points showcasing some of the best views in the Western Cape. This Cape Town natural wonder also boasts amazing secret spots, natural gems and surprises along the way. Cape Point truly has it all! Undoubtedly making it one of the most Instagrammable natural wonders in Cape Town.

Besides the fact that Cape Point is the ultimate nature lover’s paradise, the trip to Cape Point is equally exciting. As you make your way past some of Cape Town’s most beloved, cool and quirky coastal towns, filled with tons of hidden gems and incredible adventures. Planning the ultimate road-trip to the beautiful Cape Point is highly recommended on your trip to the Mother City.

If you happen to find yourself travelling through the Mother City in Spring season, the West Coast National Park should without a doubt be on your Cape Town bucket-list. Spring season (more specifically September) is also known as flower season in Cape Town. It symbolizes the time of year when the Cape wildflowers come out to play. Covering the Mother City in a glorious floral display that stretches as far as the eye can see. There truly is nothing quite like Cape Town in full bloom!

Besides being one spectacular sight absolutely everyone should see at least once in their lives, the Mother City’s flower season is one of Cape Town’s most ‘Instagrammable’ times of year. With thousands of people travelling from all around the world to witness the Mother City’s floral celebrations first-hand. And the beautiful West Coast National Park, located on the Cape West Coast, is definitely one of the best places in the city to see all the Cape wildflowers come to life.

Boulders Beach and it’s cute and charismatic colony of African Penguins is one of Cape Town’s top attractions for locals and tourists alike. Undoubtedly making it one of the most ‘Instagrammable’ spots in Cape Town. Not only is it one of the only places in the world where you can actually get up close and personal with the African Penguins, but it has so much more to offer!

Boulders Beach is home to an amazing African Penguin Viewing Site where you can get an up-close perspective of these ocean cuties. It also boasts an incredible swimming beach where you can spend the day chilling on the beach with Cape Town’s coolest ocean locals. Boulders Beach is without a doubt one of the most Insta-worthy spots in town. It doesn’t quite matter whether you’ve been there ten times or two, seeing these tuxedo cuties loving life in their natural habitat will always manage to put a big smile on your face. All while giving you the incredible opportunity of ticking something truly incredible off your Cape Town bucket-list.

Located along the vibrant False Bay coastline, Muizenberg Beach’s laid-back beach vibe, surf’s up approach to life and vibrant energy has made it one of Cape Town’s coolest coastal towns. Not to mention its colourful Muizenberg Beach Huts! Known as one of the most ‘Instagrammable’ spots in town, getting the perfect snapshot of the bold and beautiful colour display that is the Muizenberg Beach retro wooden bathing boxes, also known as the Muizenberg Beach Huts, has fast become one of the most sought-after Cape Town photographs for all the wanderlust wanderers, avid photographers and globe trotters travelling to the Mother City. So much so that Muizenberg’s beautiful beachfront and colourful Beach Huts has made their appearance on the pages of countless travel magazines, postcards and Instagram feeds.

Besides being one of the most Insta-worthy spots in the Mother City, it is one of Cape Town’s top blue-flag swimming beaches. Muizenberg Beach is also one of the best surfing hotspots in town for avid global surfer’s as well as surfing first timers looking to surf their very first wave. Whether it’s the colour, charm, cool beach vibes and extra dash of retro cool that keeps people coming back for more, people just can’t seem to get enough of the Muizenberg magic. And neither can the Insta-world!

There is no denying the fact that the Westerns Cape is filled with beautiful Wine Routes and spectacular Wine Estates. It truly is the ultimate wine paradise. By far the most Insta-worthy wine wonder of them all is the bold and beautiful Babylonstoren. Situated in the Drakenstein Valley in the heart of the Cape Winelands, almost halfway between Franschhoek and Paarl, Babylonstoren is about as beautiful as they come. Famous for its magically lush 3.5-hectar garden, the Babylonstoren gardens is undoubtedly one of the most spectacular displays of Mother Nature. But in true Cape Town style, this is definitely no ordinary garden.

Besides all its lush beauty, towering rose vines and organic veggies, it also boasts a super cool cactus patch! The Babylonstoren cactus patch has made its coveted appearance on many Instagram feeds and travel magazines. It’s thus no surprise that Babylonstoren is regarded as one of the most Instagrammable spots not only in Cape Town, but South Africa too. To top it all off, it also boasts some of the most exceptional wine and food in the Cape Winelands. Making Babylonstoren the ultimate Cape Town wine destination that should be on every wine lover’s bucket-list.

The colourful and culturally diverse neighbourhood of Bo-Kaap has captured the hearts of locals and travellers alike with its charisma, charm, colour and vibrant energy. And it sure has swept the Insta-world of its feet too! Undoubtedly making it one of Cape Town’s most Instagrammable spots. Bo-Kaap attracts thousands of people each year from all around the world looking to experience its colourful surroundings, authentic culture and traditional Cape Malay cuisine first-hand.

Formerly known as the Malay Quarter of Cape Town, Bo-Kaap was recently declared a National Heritage Site of South Africa. This colourful and charismatic Cape Town neighbourhood is filled with rich history and culture. Bo-Kaap is also one of the oldest neighbourhoods in Cape Town. Exploring the lively streets of Bo-Kaap is an incredible adventure filled with tons of amazing Insta-worthy photo opportunities and a variety of never-to-be-forgotten experiences.