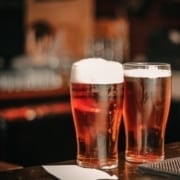 Photo by Matan Segev from Pexels

Pubs have been around for a long time. The combination of good drinks and good company is always a winner. But the restaurant scene in the Mother City is fierce. Every year new establishments open up, convinced that they will last for decades. But sadly, this is not always the case.

We’ve searched the city to bring you a few spots that have cracked the code, and have stood the test of time. Below a list of the oldest pubs in Cape Town.

Persies, as the locals affectionately call it, takes the prize for the oldest pub in Cape Town. It was started in 1808, but only received its official status as a pub in 1836. In the early days influential locals such as Cecil John Rhodes, politicians, and European expatriates enjoyed ending the day with a beer at this local favourite. More than a 100 years later, it is still a firm favourite amongst the locals. In the summertime you can sit outside in the courtyard, sipping a beer to break the heat of the day. And in winter time you can snuggle up next to a fireplace on the inside. The old world charm shines through all the renovations it has undergone over the years.

Close on its heels, the Kimberley Hotel dates back to 1895. There is now a backpackers upstairs. The pub downstairs has a reputation for being rough around the edges, so you are guaranteed a true pub experience.

Don’t bother to ask what craft beers they serve, the pub sticks to the old fashioned stuff and it serves some of the cheapest alcohol in the Mother City. It’s a true old fashioned bar!

This one sneaks onto the list because of its location. It is situated in one of the oldest buildings in the city. The speakeasy whiskey bar boasts with an old style charm, to fit right in on this list. The hole-in-the-wall style décor and dimly-lit interior can fool you into thinking that it’s been around for ages. And you can get lost in the impressive range of whiskies and beers.

Another authentically old pub, Fireman’s Arms opened its doors in 1864. Over the years they’ve undergone various transformations, but the original charm has always remained intact. And it is perfectly balanced with modern day efficiency. Keep an eye on their Facebook events page to join a pub quiz, comedy night, or live music performance. The food might be a little bit pricier than the average pub, but the high quality is worth it.

Not quite ancient old, but still impressive that they’ve stuck around for so long. The Ferryman’s Tavern was the first tenant of the Victoria & Alfred Waterfront, when in 1989 the shopping and entertainment hub started the slow expansion to its current formidable look. It’s situated in an old locomotive shed that was converted into a historical pub. The spot is very popular with tourists, but locals appreciate the reasonably priced food and drinks.

* Pop in next door at Mitchells Scottish Ale House. It hasn’t been around as long as Ferryman’s but its old world charm makes up for its newbie status. The ale house boasts with a cosy interior and upstairs sections, in addition to the outdoor terrace.

Last, but not least, another local favourite that dates back to the 1800’s. Forries, as the locals call it, opened in 1852. It had a tumultuous start which included brewery battles, civil unrest, and land issues.

Over the years it has remained more or less unchanged. The space underwent a few usage changes, but after it was settled as an inn, the pub remained. It also has a beautiful big courtyard with a kid’s play area. The food is good, the prices decent, and the vibe excellent.

All you need is love...and dessert 😉 Delicious

Did you know that Mostert's Mill was the only work

⁠ @mulberryandprince_ct have the perfect recipe

Our favourite place to take a break🌊 Tag someon

Is this sunset even real? 😱 Tag us in your favo