Where to Watch the 2019 Rugby World Cup in Cape Town

The rugby season has officially kicked off, and we can’t wait to celebrate it in the true South African style. The 2019 Rugby World Cup is hosted in Japan, starting on the 20th of September until the 2nd of November 2019. The Springboks are starting their world cup journey on the 21st of September. They will be playing against the current world champions (and their old rivals) the All Blacks. Watch the game with a cold beer and lekker vibe while you unite with fellow rugby supporters. Stand behind the Springboks and cheer them on as they make the country proud!
If you are wondering where to watch the 2019 Rugby World Cup in Cape Town, we’ve got a few suggestions for you.

Shimmy Beach Club
Location: 12 S Arm Road, Victoria & Alfred Waterfront
Opening Hours: Monday, Closed; Tuesday to Sunday, 11am to 11pm
Contact Details:  +27 21 200 7778 | [email protected]
The sought-after and stylishly designed Shimmy Beach Club has built a name for itself as one of the Mother City’s lavish party destinations. The trendy hotspot is known as a fine dining restaurant during the day, but can throw a massive party at night. The restaurant has two bars, a huge deck with an infinity pool, vodka and whisky tasting rooms, and its own private beach, which makes it a party paradise.
In addition to its cool vibe and lush location, Shimmy Beach Club will be running a series of Rugby Cup Specials where, on assigned game days, a wide selection of competitions and games will take place. One of the irresistible surprises you can expect to look forward to on game day includes a special a la carte menu with cuisines from all over the world. There will also be games like beer pong, bucket deals, kegs for tables, coinage. Watch the game in style on a big screen.

There’s nothing ordinary about a burger at Hudson’s. The burgers they serve are more of a culinary art, but without the fancy plate design. It’s regarded as one of Cape Town’s best burger joints. The restaurant has a great laid-back ambiance, with cold beer, and scrumptious specials.
Hudson’s is welcoming Rugby fans with open arms and an incredible line-up of drinks for the upcoming games. The Cape Town burger bar will also serve a delicious menu for you and your friends to enjoy while watching the game.
Some items on their menu for the 2019 Rugby World Cup include a selection of pizzas, burgers, and a variety of vegan meals. Toad in the Village
Location: corner of Village Lane & Noordhoek Main road, Noordhoek
Opening Hours: Monday to Sunday, 12pm to 11pm
Contact Details: +27 21 789 2973 | [email protected]
The Toad in the Village is owned by South African rugby star Bobby Skinstad and his friend Dougie Boyes. It is one of the best spots in Cape Town to watch the 2019 Rugby World Cup.
The Toad has a beer garden, five big screens, affordable food, a wide selection of cocktails, eight different beers, and lager on tap. Its chill vibe is great for watching a live rugby game.
Mavericks Revue Bar
Location: 68 Barrack Street, CBD
Opening Hours: Monday to Saturday, 7pm to 4am
Contact Details: +27 (0) 21 461 9988 | [email protected]
Mavericks Revue Bar is going full out for the 2019 Rugby World Cup. The bar will be open on all match days including the quarter-finals, semi-finals and final. The games will be projected on two big screens, one on the main floor and one in the VIP area.
Additionally, the smaller screens in other parts of the bar will also be showing the games. On match days  you can choose from a variety of specials packages including snack platters, drink specials, and cool games.
Brass Bell

The Brass Bell is well known for their extravagant seafood platters and beachfront view. It is located in Kalk Bay, voted as one of the trendiest neighbourhoods in the world. Now, they’re also getting ready to join in on the action of the 2019 Rugby World Cup.
The restaurant has 10 42” flat screens, so everyone can watch the game from all sides. They also have five different seating sections in the restaurant you can choose from. The menu has a wide selection of drinks, and scrumptious food.

This is the closest you can get to the Newlands Stadium without a ticket. It is situated across the train tracks from the stadium. Besides the fact that the Springboks Pub has a great selection of cocktails and beers, you will also find a very sociable crowd of passionate Springbok supporters, a warm vibe. 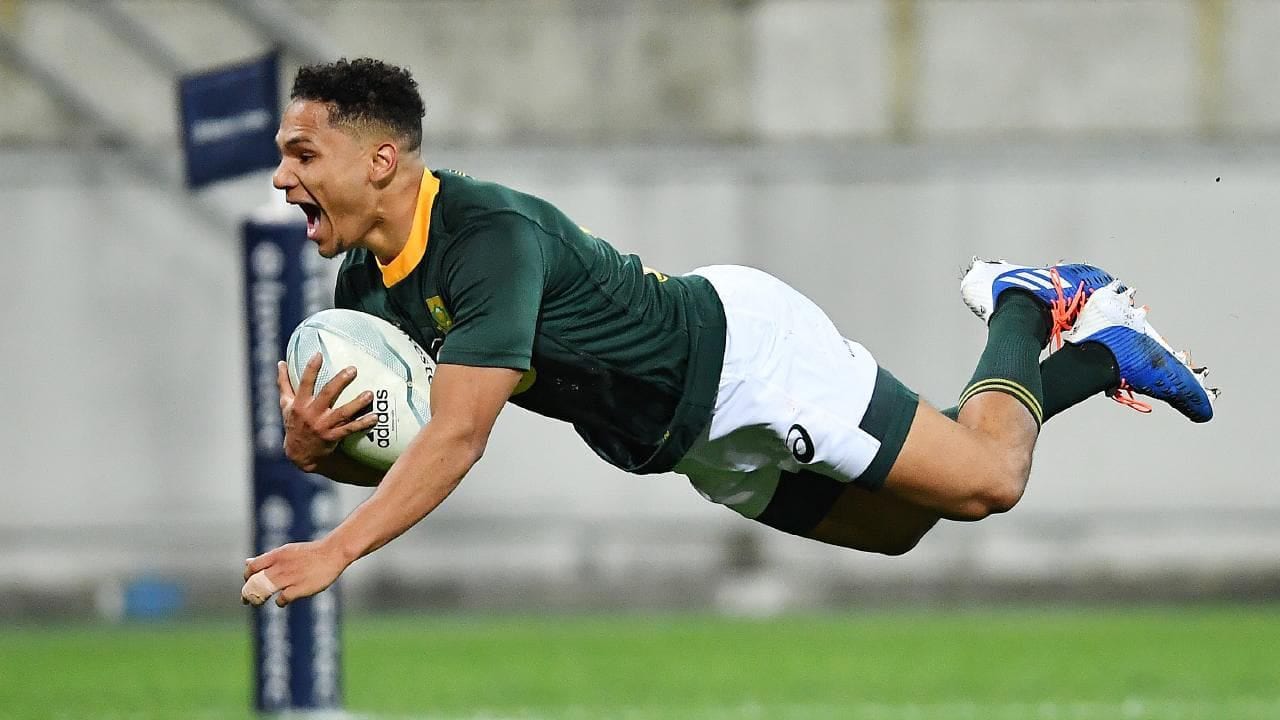 Quay Four
Location: 4 W Quay Road, Victoria & Alfred Waterfront
Opening Hours:  Monday to Sunday, 8am to 10pm
Contact Details: +27 21 419 2008 | [email protected]
With more than a decade of experience, this popular restaurant has certainly not lost its edge as one of the best places to watch an action packed rugby game. The bar section has seven screens, so you won’t miss a single second of the game. There will also be affordable meal specials, ice-cold beers, and a great ambiance.

The Fireman’s Arms
Location: 25 Buitengracht St & Mechau St, De Waterkant
Opening Hours:  Monday to Friday, 11am to 12am;  Sunday, 12pm to 5pm
Contact Details: +27 21 419 1513 | Firemansarms.co.za
One of the oldest pubs in Cape Town, The Fireman’s Arm still occupies the same spot since it first opened in 1864. Regardless of its age, it has conquered the test of time, retaining its old school vibe and lively spirit. Rugby fans can expect to enjoy a huge variety of beers on tap, great food, and lekker local vibe.
On game days, there will be nine 64-inch flat screen TV’s available for your viewing pleasure, so you won’t miss a single moment. Just make sure to arrive early. It’s going to be hard to get inside, let alone get a table to sit back and enjoy the game. It is advisable to make a reservation.

Beer House
Location: 223 Long Street, Cape Town City Centre
Opening Hours: Monday to Sunday, 11am to 2am
Contact Details: +27 21 424 3370
The Beer House is known for its expansive beer hall with 25 beer taps. Iconic as well for their legendary 99 bottles of beer on the wall, and international beer, this local favourite prides itself on being the flagship Beer Revolution brand.

The Beer House invites locals and tourists to come enjoy the game and their endless variety of beers, drinks specials, and incredible food. The bar will have flat screens set up around the bar as well as a huge projector so everyone can experience the game in all its glory.

What's your favourite view in Cape Town? It's trul

It’s weekend baby! 🥂 We had the great opport

O sunshine! The most precious gold to be found on

Even on a cloudy day Cape Town still shows off🌨

Need a holiday? Go on an amazing luxury safari hol

One of the Seven Wonders of the World⛰️⁠ ⁠

Friends, sun, sand and sea - sounds like the perfe

The Art of Duplicity: The Hippest Secret Bar in Cape Town
Scroll to top