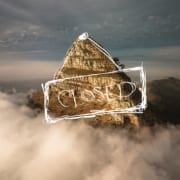 UPDATE: The reopening of Lion’s Head has been postponed to the 1st of March. After the extensive fire on 27 January 2019, SANparks have been unable to complete the planned maintenance. An investigation was conducted by JP Smith, member of the City of Cape Town’s Safety and Security. It was determined that the fire was started by someone attempting to cook on the mountain. The cooking utensils were found at the starting point of the fire, above Quarry Hill Road, Tamboerskloof. Arson has been ruled out as the cause.

Because of strong south easterly winds fanning the fire, it soon spread towards Sea Point. A few residents evacuated prematurely, but the warning was not issued by the city. According to some sources, a private security company urged people to leave.

The Spiral Trail was affected heavily, with the already-strained paths needing extra recovery time. The fire ravished approximately 160 hectares between Lion’s Head and Signal Hill. Only one man was injured. He was sleeping on the mountain, and sustained burns to 45% of his body.

It is the most-hiked mountain in Cape Town. Lion’s Head is a popular spot for both novice and expert hikers. You can use the meandering spiral trail to the top, or challenge yourself with the chains guiding you straight up to the summit. It’s estimated that more than 200 000 people hike Lion’s Head every year.

Being such a popular mountain, it’s bound to take its toll on nature. If you are a regular climber of Lion’s Head, you’d better squeeze in as many visits as possible before the 7th of January 2019. The trail will be closed till the 15th of February 2019.

The decision to close the trail for upgrades was made after a Trail Audit Report completed in 2017. SANParks (South African National Parks) took the findings into consideration and started on the upgrades.

These upgrades serve a few purposes. Firstly, both Lion’s Head and Signal Hill need to be protected environmentally. And the Lion’s Head route must be preserved for as long as possible. Lastly, hiker safety is of the utmost importance. The mountain claimed many lives over the years, even though it’s a relatively easy hike (it’s rated A to A+). But because it’s so easily accessible, many people underestimate it and often don’t prepare properly for the hike.

Related: What You Need to Know About Hiking Up Lion’s Head For the Full Moon

But the next upgrade phase is more elaborate. It focuses on addressing issues identified by the Trail Audit Report as well as TMNP’s own assessments for trail certification. With the maintenance in progress, SANParks can’t guarantee that hikers will be safe on the trail. Because of this factor, they have decided to temporarily close the entire trail.

This means that hikers and runners will not be able to use the track entrance from Signal Hill Drive. The restriction applies to access before sunrise and after sunset. But Signal Hill will still be open as a public view point.

SANParks feel that the next phase of the upgrade process is a much-needed intervention. The Trail Audit Report assessed the footpath network of both Lion’s Head and Signal Hill. These hiking routes are national treasures. We should conserve them for as long as possible.

After receiving the report, the TMNP management started planning the implementation of the upgrades, starting with the least disruptive upgrades before closing down the spiral trail for such a long period. These upgrades will be beneficial to everyone fond of the mountain, prolonging the enjoyment of it while increasing the safety.