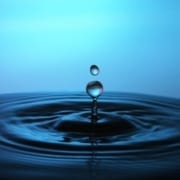 Photo by Daniel Kux from Pexels

Cape Town experienced its worst drought in a 100 years from 2017 till 2019. The city launched a Day Zero campaign to bring greater awareness to the severity of the situation. It was speculated that the Mother City would become the first city in the world to run out of water.

Luckily Capetonians jumped into action to do everything they could to save water, and many great water saving initiatives were launched to prevent this from happening. You can follow the transformation of the drought at capetowndrought.com.

How Does the Drought Affect Water Quality in Cape Town

In the aftermath of the drought, during 2019, some Cape Town areas experienced a change in the water taste. A strong earthy taste appeared in the tap water. Asking water experts about this phenomena, they reassured residents that there is nothing to worry about.

The raw water supply increased in geosmin. This is a natural organic compound that increases in water after the rain starts to fall again, breaking the dry spell. The human palate is very sensitive to this compound. It can be detected in the smallest concentrations, even a few small parts per trillion litres of water can be tasted. The compound also often increases during hot weather.

One of the biggest water supplies to Cape Town, is the Theewaterskloof Dam. And the geosmin increased substantially in the raw water sourced from here. But there is no need to worry, the water is still safe to drink. The tap water of Cape Town is compliant with special SANS 241 water standards. The geosmin is also responsible for the pure freshness smell that hangs in the air after a good rainfall. Although it causes a strange taste, with hints of beetroot, it can’t cause any harm to humans or animals drinking the geosmin-infused water.

Water supplied by the Blackheath Water Treatment Plant to Central Cape Town areas and the Southern suburbs are affected most. To counter the build-up of the geosmin compound in the water, the city is treating the raw water supply with powdered activated carbon to reduce the geosmin’s effect.

Everyone feels great relief that the ominous Day Zero has been pushed back indefinitely. The combination of water saving efforts by Capetonians and a good rain season, has pushed up the dam levels to over 50% in 2019. Since 2015 the drought slowly increased and by 2017 the city was in major crisis mode.

Both locals and tourists are still encouraged to stay in water saving mode, as the hit on the water supplies surrounding the city will still take three to five years to recover. Luckily the municipal water supplied to household taps remain safe to drink, thanks to the city’s constant efforts to monitor the water quality.

Can You Drink Tap Water in Cape Town

The global community sat up and took notice of the Cape Town water crisis. Although the Day Zero campaign shed good light on the situation, it also made many foreigners weary to visit the country, fearing health risks associated with bad water sources.

Throughout the drought the city employed experts to constantly monitor the water quality, linked to the dam levels. The Day Zero date was set as an estimation when the city’s water supplies would drop below 10%.

The municipality anticipated the consequences of running out of water, not wanting to drop below this point. This safety measure ensured that both locals and tourists could rest assured that the tap water would remain safe to drink throughout the water crisis.

Luckily the emergency plan never had to be executed, as the rain season slowly returned to normal in 2018 and even more so in 2019. And the greater awareness around the severity of the situation helped to preserve the existing water resources. Cape Town also employed water restrictions, linked to severe fines, ensuring that residents comply with the overall water saving strategy.

How to Save Water

There are a few habits you can adopt to contribute to the ongoing effort to conserve the Cape Town water resources: