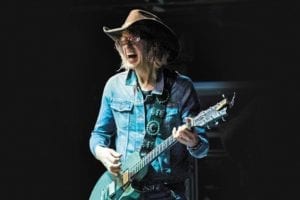 Formed in Edinburgh in 1983, The Waterboys perform music with a mix of influences such as Celtic, gospel, and country.

More recently, their songs have been performed by various artists, such as Ellie Goulding – who scored a top 3 UK hit with How Long Will I Love You; Prince and U2, who sang The Whole Of The Moon onstage and Fiona Apple, who recorded it last year; indie rockers The War On Drugs, Dawes and The Mystery Jets, and classic singers Tom Jones and Rod Stewart. The Whole Of The Moon featured in last year’s Netflix film Let It Snow and top HBO series The Affair.

The Waterboys
Accept settingsHide notification only